Hi. this is my custom music for sonic 3d in 2d. it contains a lot of remixes, sega genesis remixes. and even contains silvagunner's high quality rips!

all credit goes to their respective creators.

(if it detects it as a virus. don't worry, it's not. just disable your antivirus. and put the exe as a exclusion, so it will not delete.)

2) extract sonic 3d in 2d and extract custom soundtrack and the saturn dlc.

4) open the game. go to the music options submenu by presssing down in the title screen. and when you are there. set all the customized songs to custom. the loop configuration of the songs in the looptuner are already configured by me. so you don't have to.

yo, this song is really good (insert terminalmontage clip)

https://kitty2135.itch.io/sonic-3d-in-2d-the-extra-soundtracks-with-audio-loop-f... i leave my page of the extra soundtracks 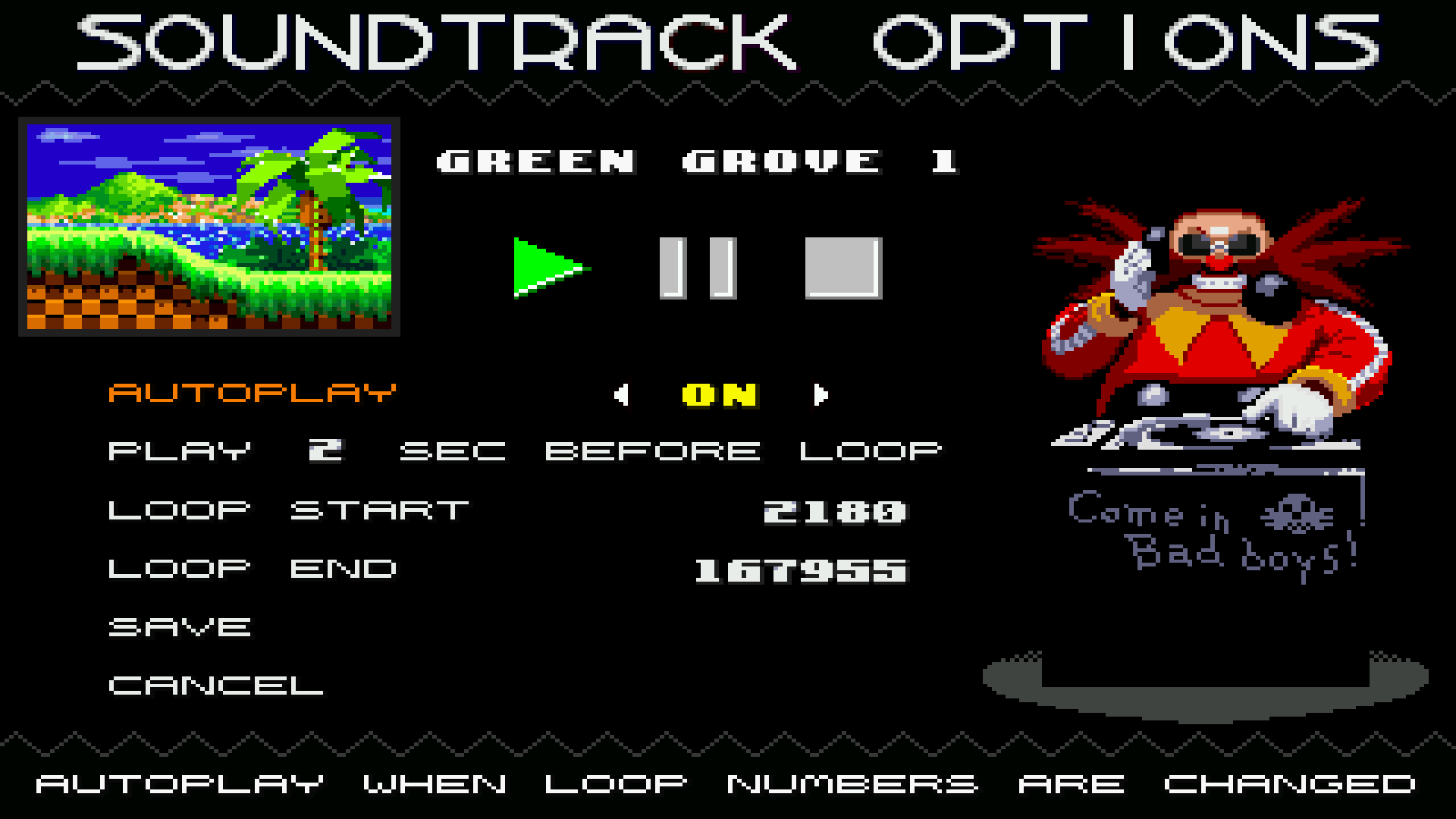 this is from the custom soundtrack you made

Yes, i've like it, i've didn't know that you could use LoopStart so when the song reaches LoopEnd it goes to LoopStart, i've thought that LoopStart was just when the music starts. not when the loop of the music starts.  i've think this LoopStart is better because at the end there's like the "shining" music, when at the end of the song there's like some shine sound, it's like digital sound it's not actually generated by any kind of real life music instrument idk i wish i could know more about music, but that's not the point of this. back to what i've was talking before, at the end of the song, there's like the shiny thing, well, that shiny thing at the end of the song ruins the LoopStart a little bit because those 169 miliseconds ruin the start of the loop a little bit. so i've just removed those 169 ms and now i have what i consider, a better LoopEnd. edit: wow i just wrote a bible XD, if i've did this on twitter, it would have been some large thread. 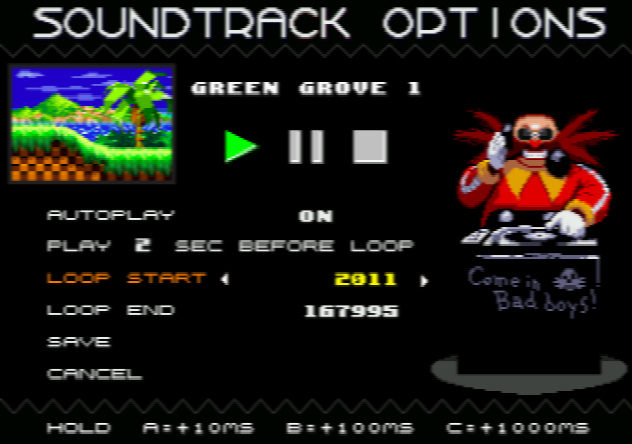 you can update so the proper loopstart play? also you found loop errors in my custom soundtrack too?

ill help you with the loop of these track

i've updated the music pack and now it has reduced size of some tracks to make the file more light and the tracks are looped correctly.

hello you can help me to loop these tracks please? and one track loops incorrectly

sorry for being late, but i've downloaded my custom soundtrack and yes, i've noticed some tracks are not adjusted to loop properly. i'm going to update the pack because i've already have corrected the loops for those tracks.

it's my custom soundtrack that i've adjusted for being loop properly, you can give it a try if you had time to try my extra soundtracks with loop fixes in the saturn music of spring stadium zone

i want to remaster sonic 3d blast to the modern systems

yeah, i've now just updated my custom music mod so now it haves fixed loop for a lot of the tracks that didn't

oh sorry, now it can be downloaded, some option to hide the download was checked and i've unchecked it.

Hello there, thank you for making and sharing a custom pack for Sonic 3D in 2D!
Overall the pack is quite good and some of the tracks sound really great in game, but I think that the size of the download could be reduced a lot.

Some of the tracks are very long and very large in size: VVZ1 for example is a 72 megabyte track of 29 minutes length. As a stage lasts at most 10 minutes it's far too big anyway.
You should open them in a program like Audacity, and make them shorter.
Also there is no need to repackage the Saturn folder in your download, that will further reduce the size of your music Pack!

ok. i will update the custom music pack with removing the saturn folder, and making the VVZ1 track shorter. thanks for the hints!

the reason why the VVZ1 track is so long is because the remix of the track was a extended version. 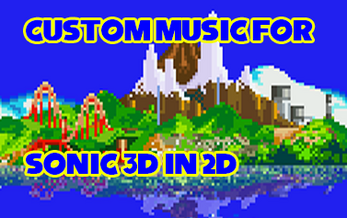